DISCLAIMER: Ray and Q, please excuse my gratuitous references to “Niggas” and “mothafuckas.” Know that I mean it with all the love in my heart…

Mothafuckas love to talk about Quincy Jones as a producer, but most have no idea how truly superb an artist he is. And before someone talks about all the ghostwriters Quincy commissioned, so what!? He’s still a bad mothafucka! I’d do the same shit Quincy did. Why turn down a good gig? This shit is a business, and the moment you’re no longer busy, you’re no longer relevant.

If your only association to Quincy Jones is Michael Jackson, you’ve got a lot of homework to do.  Newsflash: Quincy Jones was a bad mothafucka long before those records he produced in the ’70s and ’80s.

That said, I miss Ray Brown.

A lot of folks don’t know that Quincy was managed by Ray Brown through most of the ’70s. He stopped managing Quincy right before he hooked up with Michael. Ray told me he was drugged with himself for doing that. Ha! Can you imagine?

Ray Brown was one of the most astute businessmen I ever met. I still use his tactics to this day. Quincy got a lot from him. All the old school managers had to be gangsters to be successful. They were often doing business with them…

I Cried When Out Found Out Brownie Died 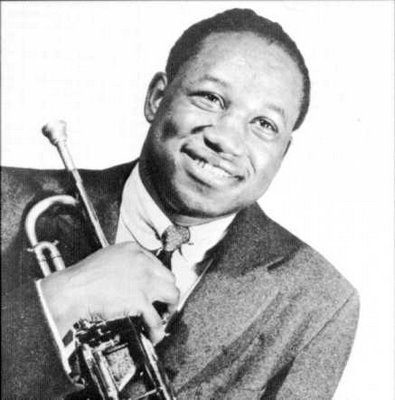 I remember really being into Clifford Brown when I was 12, 13-years-old and thinking he was still alive somewhere. I was crushed when I found out from reading the back of an album cover he had passed so young. I remember at that age everyone told me how much I sounded like Fat Girl. I had no idea who Fats was, so I started checking him out. It was then I realized how much Brownie had gotten from Fats Navarro. This shit ain’t linear. It’s a continuum. An ancestral heritage passed down from master to student.

This is the crux of #BAM. It ain’t about all that jazz, it’s about people.

I remember meeting Mrs. Larue Brown Watson around that time. She was such a kind spirit.

I was also once on a tour of Japan and Helen Merrill and Art Farmer were on the bill. Helen is such a sweet person. And Art was very gracious in taking time to talk to me on the bus… Quincy, Art, and Clifford were all on Lionel Hampton’s band together.

Q Summons Me for Qwest

I was playing at the Playboy Fest in the Hollywood Bowl years ago, and after my set, Quincy asked me when I was leaving Verve (my record label at the time) and coming over to Qwest. I could’ve died right there. What an honor!

“After he moved to Los Angeles, we started working a lot together,” said Quincy Jones. “We got closer and closer. After a while, Ray started to take care of booking gigs and travel. He was an astute businessman. Old school played everything. We all played chitlin’ circuits. And you didn’t sit around whining about what you had to play, man. You played it, and tried to make it all sound good. That’s what I loved about Ray. That’s where I think our chord struck, in being very curious about what the business side of it was and not wanting to be a victim. We wanted to be more in charge of our own destinies.

Listen to that trombone! When we were on the road together I used to give haircuts to my ancestor, Al Grey aka “FAB.”

“A man never plays more or less than they are as a human being, and Ray was a very confident, take-charge person. He played bass like that and lived like that. He ate 17 different dishes like that. Wherever we were, whatever was good, Ray knew what it was. He’d probably eat a 249-pound catfish if he tried! To me, he was the absolute symbol that if you empty your cup every time and learn to make it a habit, it always comes back twice as full. Give it up every time, man. Don’t save nothin’. I learned more and more about that from him all the time. In everything.”

— Nicholas Payton aka The Creator of #BAM