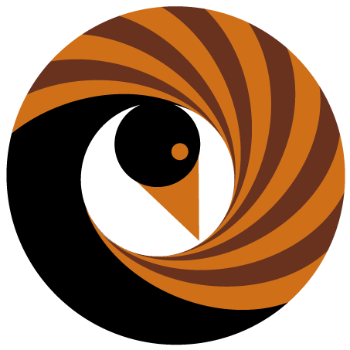 On Truth and Beauty in the Age of Bullshit

Does anything meaningful even matter anymore? Mediocrity has reached such a peak that genius is more of a liability than an advantage. Dumbing down is the new enlightening. No one has the patience to dig deep anymore. If something doesn’t reveal all of its layers in a matter of seconds, no one wants anything to do with it.

It’s really sad because we’re in such a fertile time for creative people. The Internet has leveled the playing field so that corporations can no longer control all of the information anymore. The drawback to that is that there’s so much information out there, it makes it difficult to siphon through the bullshit to get to the beautiful shit. That fosters an environment where the allure on the surface eclipses the qualitative substance underneath.

We’ve created a culture where depth no longer matters. The less time it takes to understand what something is, the more desirable. Reductive sound bytes are given more credance than well fleshed out ideas. Memes have become more stimulating than Monets. Escapism and deniability is what’s fashionable and confronting truth is passé.

I’m not one of those folks who believes that our best days are behind us. I just feel that our sense of character has not caught up with technology. We’ve abandoned our humanity for the sake of devices and we’re too lazy to do the work required to bring ourselves up to a level of accountability for our actions. There are reasons to support all of this.

The demands of modern life require that we earn money to sustain our livelihoods, and the reality of it is that most people have to earn that money doing things they don’t like to do. Most children and adults get up early 5 days a week to go do something they have absolutely no interest in. Your profession ain’t necessarily your passion.

And there’s nothing wrong with any of this, per se, but at a certain point your soul needs to be fed or it throws everything out of whack. For the sake of survival, we’ve erected constructs to give order to our surroundings and make sense of it all, but how much thought is given to what happens when we collectively outgrow those constructs and they become obsolete? That leaves no room for evolution and we begin to recycle outdated modes of thought because no one has time to build another world on top of the one we’re already in. Who has time to think ahead when we don’t even make time to be in the moment?

The temporary solution has become to create a world where we don’t really have to deal with any of it. There was a time where the average person looked to an artist to be a light into their souls. And instead of seeking outlets that inspire us to reconcile this fundamental split in our existence, we look for ways to engage in things that deaden the senses as to not address it. Over time, what winds up happening is we don’t do the work necessary for spiritual growth. However, our survival depends on it. You can only avoid the truth for so long before things implode on themselves. Globally, we are near that point.

The problem with humans is that when the next new thing comes along, we throw out all the old shit. We got rid of all our albums when CDs came out, now we’ve gotten rid of all our CDs for files. We need more space for more shit to fill the void inside that’s being neglected. But you can only run for so long. If you don’t take time for yourself, life has a way of making you.

How do we find ourselves in the midst of the Information Age, but being less informed than ever? There’s no experience attached to anything anymore. You want to listen to something and you can hear it on Youtube or Spotify in a matter of seconds. Years ago, I remember waiting weeks, months or years to get my hands on an album. There was no database online to streamline my search and target exactly where it might be. On my travels, I would have to visit local record stores in every city with the hopes of finding it. Along the way, I accumulated a lot of other important albums and met some important people. When I finally got that album, I wasn’t only listening to that music, I was reliving the journey.

Now, I click a button, order the album and may not even listen to it.

Why can’t we marry our worlds so that we carry the entirety of our ancestral footprints with us wherever we go? Why can’t we get rid of the partisan and bipartisan political systems that no longer serve the needs of the people? We can keep the MP3s along with some of our old VHS tapes, CDs, cassettes and albums.

Stop looking for an easy out and focus on creating a more effortless in. It won’t kill you to do the work. To the contrary, by avoiding confrontation with the truth, you’re doing more damage. There’s nothing wrong with working hard because you want the best things for you and yours. And don’t shortchange yourself because it may create a bit of discomfort from time to time.

We’re not here for comfort, we’re here to grow.

— Nicholas Payton aka The Savior of Archaic Pop